There۪s always a sense of anticipation when a new group of guests touch down at Pinnacles on Telo. This time was extra special, as one of the guests on board, our great mate Sam, an American from Texas, was making his 20th trip with Pegasus Lodges!

And so Champagne corks were popped as Sammy stepped on to the sand.

Sammy wasn۪t alone, joined by the Laaman family from Sydney Shawn and Julia, with kids Chynna and Jovi frothing on a family holiday. The softly spoken Pete, also from Sydney, rounded out the guest group.

It was as if Huey did his (her?) best to provide the perfect conditions for everyone on this trip, sending us a mid-period consistent south swell, lighting up our main breaks, providing a few left-field options, and even great opportunities to teach the kiddo۪s how to surf.

Sam and Pete have been logging hours of the good stuff. One afternoon at the Left was

described by Sammy as one of the best days there he۪d ever experienced, which is saying

something for someone who۪s surfed there perhaps more than anyone!

Young Chynna and I spent a few hours out at E.R. nearly every day, and with the help of a few launches into the friendly and soft beginner waves on the inside, Chynna was up on her feet in no time!

Little bro Jovi has also been honing in his surfing skills. Every day Jovi says, Lets go get bigger and longer waves to ride,” and with a new swell building it۪s safe to say that Pinnacles will deliver. These kids have definitely put a smile on mum and dads faces.

Everyone is getting on great, Sammy۪s been sharing his acquired local knowledge and the kids have been keeping us all laughing daily. Like any big happy family, there۪s always something going on with this crew.

During our down time, if you can call it that, we۪ve done a few snorkeling trips, SUP

expeditions, and the local village motorbike tour in Telo. One day Julia and Chynna got their hands dirty in the kitchen learning to make some traditional Indonesian dishes, which all the surfers happily scoffed down for lunch!

Well the wind is light and The Bubble is firing, so we۪re headed out for session number three of the day, you can bet these guests will be sleeping good tonight! 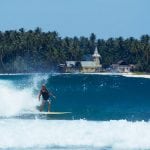 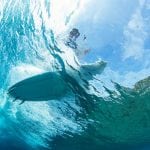 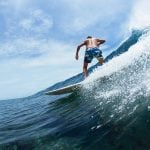 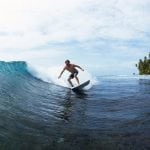 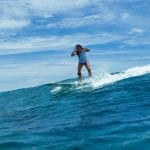 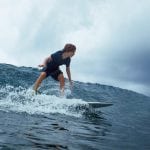 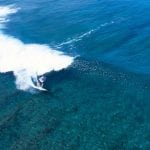 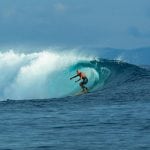 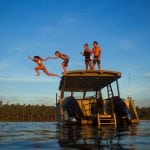 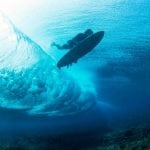