Pinnacles North Telo was home to a tight-knit bunch of fabulous and high-achieving humans recently. Let’s meet this crew, who’ve converged from all over!

Gary Wnorowski, New Jersey.
The organiser of the trip who got the whole crew hyped to come to Pinnacles. Gaz – a laboratory director – not only organised the trip, he was also the biggest frother, (and also may have caught the most waves.)

Phil Johnson, San Fran.
Phil ran into Gaz in the Maldives a couple of years ago – they became great mates and ever since then they’ve been doing surf trips together. Phil’s CFO of one of America’s biggest banks and loved taking off deep on any lefthander that presented itself.

Noel LaPierre, Boston.
Super thoughtful I.T fella, the kind of guy who’s genuinely interested in what everyone has to say. Mellow cat who’s intensity level ramps up the instant he hits the lineup. King of Max’s Left!

Ryan Smolarz, Virgin Islands.
Ryan’s an Otohl… Otorhoni… Rotorl…. (Hang on, we’ll get it) he’s an…. Otlory… otoloro… (Hang on, almost got it)… He’s an Otorhinolaryngologist! Yes! That’s it! (Essentially a surgeon specialising in ear, nose and throat structures in the head and neck) Ry only took up surfing a year or so ago and was definitely ‘most improved’ out of the group. Some drops he stuck had us cheering! You’re a credit to Otlory… otoloro… Otohl… Otorhoni… Rotorl…. Otorhinolaryngologists everywhere mate!

Drs Jaclyn Farquhar and Deke Botsford. Vancouver, BC.
Jac’s a general surgeon and Deke’s an Orthopedic surgeon. An epic couple, recently married, who had a blast. Deke surfs with a sure-footed ease and Jac enjoyed Max’s Left’s mellow side.

Natalie Sageloly and Eddie Sun.
This dynamic duo split their time between the U.S East Coast and Coast Rica, where Nat’s surf school is located. Simply put, Nat and Eddie belong in the ocean and both surf with an abundance of grace and stoke!

Ryan and Skye Vardy, and three lads Arki, Obi and Levi.
A last-minute family trip, for this fab fivesome who soaked up the waves, the pool, general good vibes of the place and the fact no meals needed to be prepared.

Overall, conditions where super fun with consistent swell through the whole trip. We had a few rainy days which made for very glassy conditions. LeBa and The Left were probably the stars of the show this time round.

Our Telo Tour was a blast, and speaking of blasts, the odd firework may have been let off one evening! 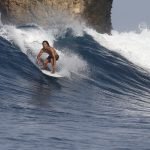 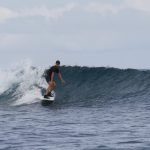 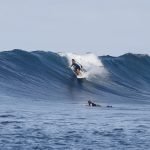 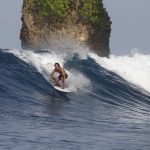 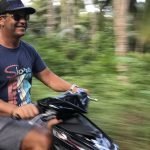 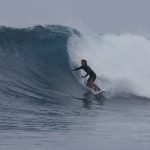 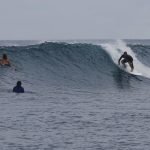 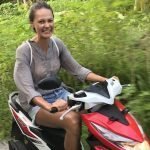 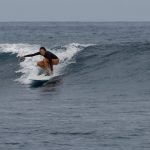 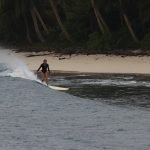 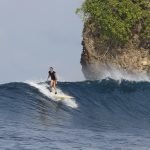 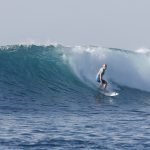 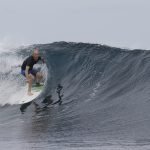 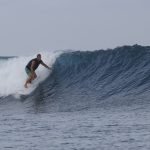 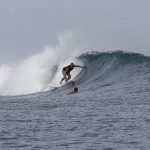 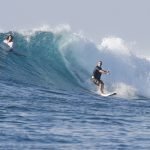 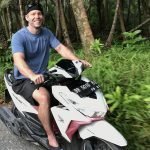 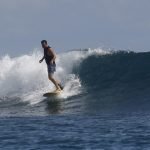 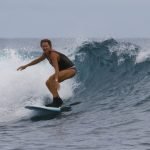