Pinnacles hosted the first of our 2019 Shape Escapes, with Gold Coast legend foam-mower Murray Bourton shaping a custom board for several of our guests. No better way to test out a new sled than in glassy indo lineups with your shaper on the shoulder taking notes. Let’s meet our crew.

Dave McPherson, Coffs Harbour NSW. Return visitor to the Telos. Absolute frother who surfed as much as humanly possible.

Pete Morrison, Broken Head, NSW. Founder of Australia’s Surfing Life magazine back in the day. Well-travelled and quiet fella with a deep reserve of wit and smarts.

Craig McLennan, Cairns, QLD. Cairns doesn’t exactly cop much swell, so this awesome tattoo artist really makes the most of the waves he gets on these trips.

Ralph Faint. Atholwood, NSW. Farmer who lives a few too many hours from the coast to regularly get salty, so, like Craig, loved any time in the lineup here.

Murray Bourton, Currumbin, QLD. Ringleader of the trip and a man who shapes boards so beautiful they bring a tear to your eye. This ol’ goofy loves his lefts with a passion. Yet to really score here, perhaps third time lucky Muzz?

Antonio, Ana and Bruno Casanovas. Epic family unit who divide their time between Spain and Bali. Came to Pinnacles not just for the great waves, but also the rich history in the Telos. The village across from us is one of the oldest in the South Nias Region. Son Bruno – who grew up in Bali, speaks fluent Bahasa, and surfs beautifully.

Kin Harada. Tokyo, Japan. Bruno’s mate Kin ripped anything that moved in the water, but got injured on the third day, which unfortunately had him out of the water for the rest of the trip.

Surfwise, it was below par for this time of year in the Telos: A decent west swell at the start gave us good sessions at the Left, the Bubble and Pinnacles, but the Indian ocean held its breath for back half of the trip, with only head-high action at our swell-magnet spots. The next swell somewhat cruelly started to fill in on departure day. Aaargh! 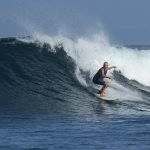 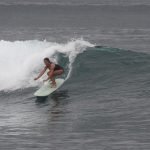 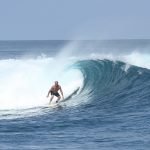 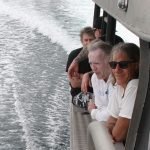 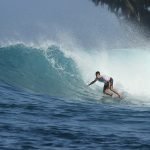 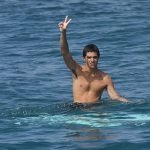 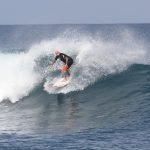 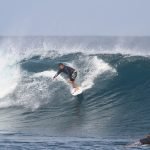 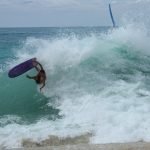 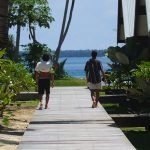 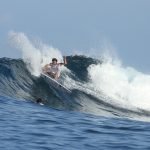 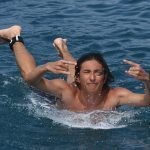 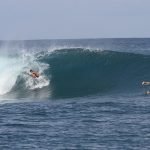 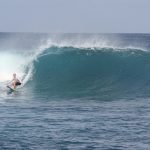 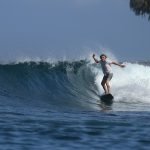 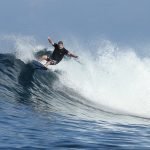