A local Telo fisherman has been out in his motorised dugout all afternoon and returns home in the evening.

His wife asks him how the fishing went and he replies: “It was the strangest thing, just on dusk, the boat from Telo Lodge went by, and the surfers were performing some kind of chanting ritual with their Bintangs. It sounded fierce but they were all smiling and happy.”

His wife just rolled her eyes and said: “I’ll never understand these people.”

The Haka is a Maori war cry, famously used by the NZ’s All Blacks Rugby Union team to scare the crap out of their opponents. But in this case the Bintang Haka is a celebration of the day’s waves and the restorative properties of Indonesia’s much loved beverage.

And the boys had a lot to celebrate, as the Telos have been on the pump lately: GTs for four days straight, Max’s Left and Right three-to-five feet every day… Unreal.

James Colston. Inventor of the bintang haka. A banker now living in Singapore. He’s been refining his backside tubes at GTs.

Ben Dobson. Crafty fella, been having solo sessions at solid Max’s Right a few of the days the boys went to GTs.

Chris George. Insurance sales fella. Hard-core diver and fisherman. Been charging despite neck issues and being advised not to surf.

Chad Seagar. GTs backdoor bandit and barrel hound. Always seems to be next to the fishing rod when it goes off.

David Short. Honorary Kiwi from Melbourne Big bloke with a golden heart who loves both Max’s Left and the country of Sweden with equal passion.

These fellas have been mates since they were all little tackers, and this trip is a reunion of sorts. Between the ripping, the getting shacked, the fishing and sashimi, the hakas and the general good vibes, this bunch of blokes have been loving every moment of their time here. It’s been one of those trips. 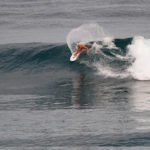 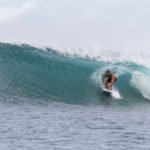 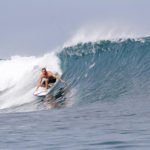 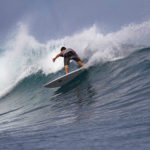 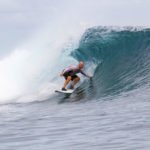 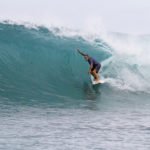 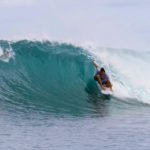 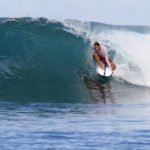 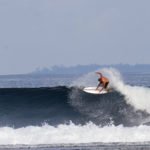 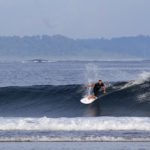 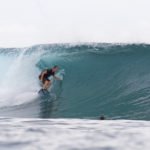 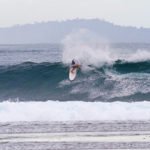