We love it when Telo Lodge hosts people from all over the place. It only takes a surf, a feed and a cold beverage to break the ice, and great new friendships are made.

Speaking of which, here’s some people you should meet.

Simon Ellis lives in Brighton, England. Simon had a great trip out here a few months ago, but the epic Indo swell forecasts were too much to take, so he pulled an old 7’10” out of the rafters and bounced back to the Telos to have a crack at the Big Right. Which he bloody well did.

Simon Daly, hails from Lorne in Victoria and is the legend responsible for starting up the amazing Falls Festival. Simon brought two beautiful single fins and a beast of a channel bottom. As well as charging the Big Right, Aussie Simon racked up 568 layback snaps for the whole trip.

We also had two couples from rural Victoria: Russell & Vikki Finch (cattle) and Pete & Lindsay Hayes (sheep). Russ was the ringleader each night and loved mal sessions at the left, and Pete was style king out the front. Vikki and Lindsay explored / snorkelled / kayaked and SUPped every day, and saw the evenings in with a quiet G&T. Farmers know how to have fun!

And finally, a couple of international travel buddies. New York’s Alec Justin and George Brown from Bournemouth, UK. These fellas have done ten days here, and ten days at Pinnacles on Telo. Alec was the trip’s most improved, despite always finding a new scratch or cut after each surf. George’s highlight might have been a six-hour solo session out the front on guest change over day. Two top fellas.

As you can see from the pics, the surf ranged from mega to small and clean, which opened up a whole range of spots for us. A great trip with lots of different characters onsite, and an indecent amount of fun had by all. 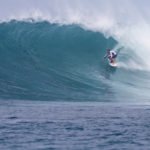 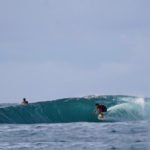 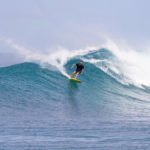 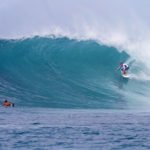 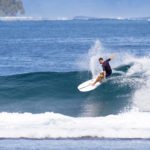 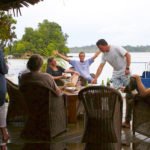 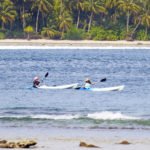 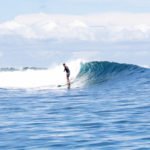 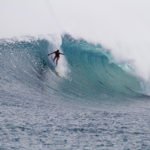 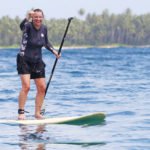