She was a little sleepy through the middle of the year but the mighty Pacific Ocean has dusted herself off and is back in sparkling form.

A great group of tight-knit mates swung through the Aganoa gates recently. Hailing from Stanmore on the NSW South Coast, these legends are all buddies from high school.

These blokes are used to getting the job done: Darren’s an ambo, Steve’s a firefighter, Joel’s a roofer, Matt’s a Carpenter and Seamus is a banker. True to form, they’ve rarely been out of the water, due to great conditions.

The surf’s been pumping – it typically starts to do this from now until November with favourable winds and 2-6ft swells.

The swell has been 12-15 second period from the south, with easterly winds. East winds can blow out a lot of waves in Samoa, but not Aganoa, due to its location.

It was a blast hosting these fine fellas – all family men now. In fact there was a fair bit of talk around bringing the families back next year. We’d be stoked to met ‘em!

PS: Now, anyone who’s been here will know that Andy – one of our legendary Samoan guides – isn’t exactly the best photographer in the world. But he took a pic you’ll find below. We were so impressed we got it framed! Legend Andy! 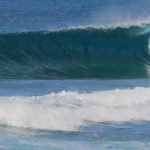 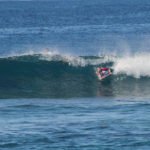 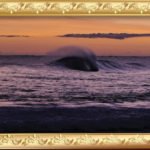 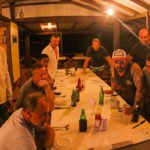 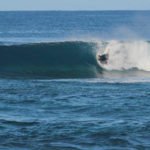 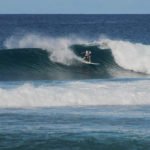 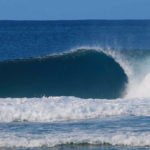 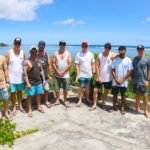