An epic bunch of legends from different cultures and creeds came and surfed their brains out here at Telo Lodge. Lets meet ‘em quick smart.

Derek “Tonsil” Levy
Earnt the nickname ‘Tonsil” after spectacular lip-launch at GTs. Ringleader of the trip and hard charger who enjoyed the technical nature of GT’s. Chiro by trade out of Hermosa Beach, California.

Greg Nelson
Every trip needs a Greg: the super positive mellow guy who brings a bit of calm to proceedings when things get a bit manic. Onya mate!

Todd Taugner
A fellow Hermosa fella. Goofy who made the most of sessions at The Left, as well as at our new discovery, Shellbacks – which we’ll get to in a bit. Todd’s a passionate stargazer and was in heaven (pun intended) seeing the Southern Cross for the first time.

Tony Pinkert
Real Estate bloke based in Hawaii. Loved our semi-quiet go-to righthander EffYeahs, Pinnacles, and out the front: where he jagged a solo morning session on the last day by virtue of quick thinking.

Don McVicar
A diving accident years ago has relegated Don to a kneeboard which he charges on. Don was always up for a chat with the locals, and led the initiation of any rookies crossing the equator for the first time. The details of which must be kept secret, lest King Neptune be offended.

Rafique and Ebrahim Bagus.
Father and son team from Capetown, South Africa. Son Ebrahim charged and pushed his surfing with every session. Dad Raf, who’s put in heaps of time in Indo and the Maldives, logged many hours as well, and called one session at EffYeahs the best surf he’d had in years. Raf and Eb, both committed Muslims, were able to scoot over to the local Mosque on the last Friday of the trip, and connect with their faith.
That’s one of the coolest things about the Telos, Mosques and Catholic churches sit perfectly happily side by side and people just get on with their lives. Hooray for peaceful, non-judgemental co-existence we say!

Tom Horton
Tom makes us feel lazy. He’d do paddle sprints between the line up and the boat during lulls as he’s training for the Molokai 32-mile paddle race. Not surprisingly, Tom was up every morning for the pre surf yoga.

Mike Lee
L.A based architect – a great guy to have in the water as he was always stoked, charged pretty hard on his SUP, and wasn’t scared to take a big drop. Even scored pumping Nias enroute to the Telos.

OK, so some quick highlights:

Scoring our sneaky go-to right, EffYeahs, the best Guide Dingo reckons he’s seen it in three years. The fact that it was on a morning of low expectations shows the magic and mystery of the Telos.

The crossing-the-Equator initiation (an old naval tradition) for several of the guys, transforming them from Polywoggles to Shellbacks. As stated before, we can’t disclose the initiation used this trip.

Heavy-water sessions at GTs where everyone charged and copped their beltings. Ebrahim getting wave of the sesh.

With a bit of charter flight aerial reconnaisance up our sleeve, and an extreme west swell courtesy of a gale in the Bay of Bengal, we tried a few promising new spots and scored! We christened one extremely fun left setup ‘Shellbacks’.

And on the last full day of the trip, out front turned on, and our already-satisfied and surfed-out bunch made the most of it.

An absolute ripper trip, and a great time had by all. 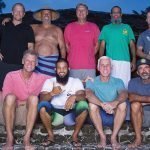 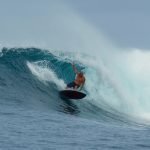 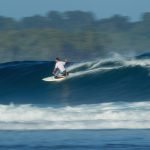 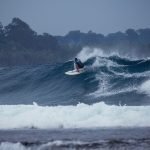 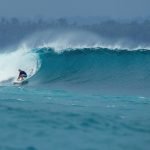 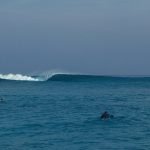 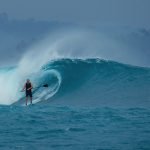 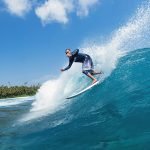 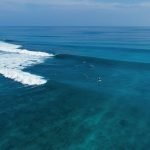 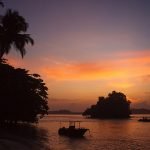 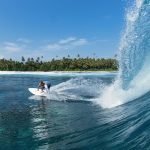 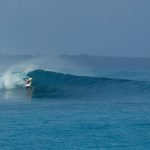 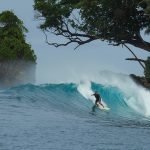