Say you’re a suit-and-tie-wearing fella in a big city, and you’re tight with a great bunch of colleagues and mates, all of whom – like yourself – are keen surfers.

Now, say the idea comes up to hold a bit of a workshop / retreat / conference. Would you find a conference centre somewhere in the city? (In this case, marvellous Melbourne), and find a facilitator who’ll conduct ‘trust exercises’? (falling backwards off a desk into the arms of your colleagues).

No, of course you bloody don’t! You bounce out to Tullamarine, jump on a plane and head over to Aganoa Lodge Samoa, where you surf your brains out, feast, relax, laugh, brainstorm, talk shop over a few Vailima Lagers, and head back to the office a week later feeling energised, ten years younger and wondering how you can make 2019’s corporate retreat a fortnight affair – (perhaps partners can join for the second week…)

All of which is a long way of introducing last week’s guests: A top crew of property developers with their priorities well and truly sorted.

Mark Patterson. Big fan of Middles and the nags. Corralled the lads in from the lineup to listen to the Melbourne Cup.
Matthew Mattiske. The early riser. Always first up and out there!
Marcus Lyon. The yoga master. King of flex and good vibes.
Anthony Ragg. We’ve had many keen surfers come through the doors at Aganoa but Raggsy takes the cake. Eternal grom.
Lachie Goodison. Physio who kept everyone held together.
Steve Buxton. King of the SUP. Always found a good set wave to charge.
And finally, John Meagher. Co-ordinator of most of the work-related discussions. Also held some workout sessions at low tide. Alpha male as top fella.

Anyway, surf and conditions were a fun bag of mixed lollies, a bit of tropical storm action, followed by sun; some six foot days out front and super fun head high sessions at Middles. Thursday’s late glass-off session at Middles – surfing into the sunset with just the mates around – won’t be forgotten in a hurry.

As far as the conferencing side of things go: the guys – led by John – showed beyond doubt that you can have fun and get the job done. Boardshorts and beers aren’t your typical corporate props, but business and pleasure blended seamlessly and both were enhanced by each other. It was amazing how often surf talk crossed over into work talk, and vice versa.

On the last fiafia night (culture night) the boys were treated to all kinds of traditional Samoan dances, dishes, songs and of course a little bit of cheeky kava after the festivities.

John organised a special dance between the guests and the local workers in which they exchanged gifts and gave praise to each other before dancing the night away.

The lads are back in Melbourne now, no doubt strapped into the suit and tie, but fortified by memories of a special week away. 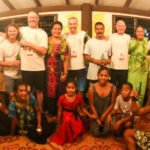 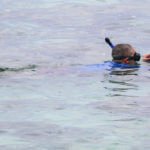 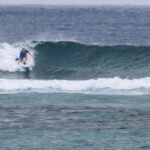 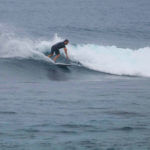 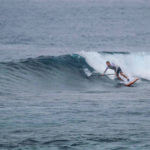 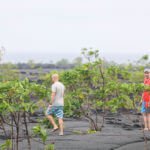 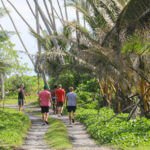 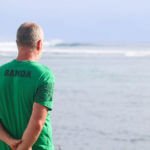 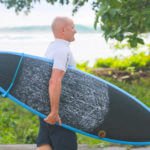 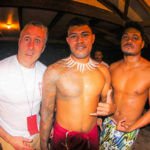 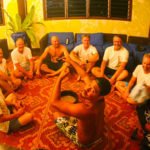