WSL commentator Joe Turpel could barely raise himself out of bed for the better part of a fortnight just recently. A part of him was missing – and that part was ’89 World Champ Martin Potter… who’d bolted to Telo Island Lodge with a bunch of buddies.

Let’s do a quick roll call.

Martin Potter.
Pottz’s first time to TIL. Had us in stitches with stories and good vibes. Loved surfing Max’s Right (out the front) and scored epic GTs on the last day, the best barrels he’s had in years he reckons.

Nick Cunneen.
Mate of Dave and Martin. Great muso and plays in a band. Stealth hunter: when everyone was off chasing GT’s and solid lefts, Nick was happy staying back for solo sessions out the front.

Rian Sohn.
Taisei’s 15-year-old son. Inherited his old boy’s charging nature. Flying down the line at 6-8 foot Max’s Left on his 5’6” twin fin, or grabbing Pottz’s step up and pulling into solid GT slabs. Awesome young human who was handy on the bar guitar.

Michael Gutierrez.
Frother for Max’s Left. Super stylish and good at laying rail. Michael brought out a stack of books, pens, pencils, rulers reading glasses for the village kids. A very generous and caring person who liked stoking out the less fortunate.

Micah Gutierrez.
Michael’s son. Arrived with a fever from travel and was down for the first two days. He came good and was ripping Max’s Left for the rest of the trip. Holds the record for most fried noodles eaten at TIL. He even donated his computer to the school kids in the village. Like father like son.

Surfwise the trip was bookended by great waves. The first four days saw out front fire, and the last day was epic GT’s. Two laydays were had mid-trip when the weather turned on us and the dreaded southerlies kept blowing their ring out. But the start and the end were special. A lot of fishing was done with plenty of Tuna and GTs hauled over the transom, and lots of laughs, good times and great conversations were had. Thanks fellas! 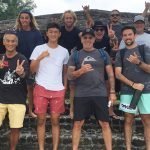 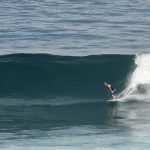 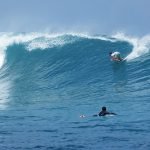 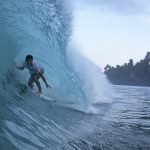 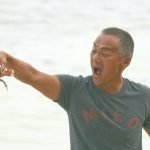 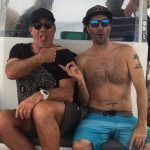 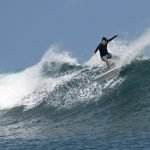 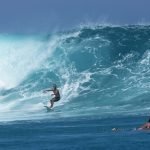 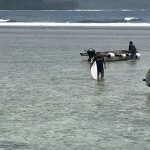 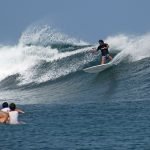 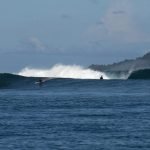 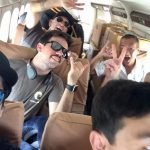 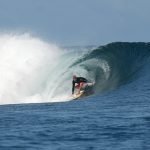 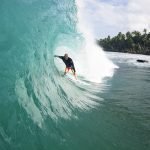 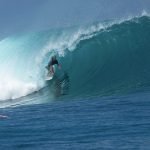