It’s been a full fortnight out here at Aganoa Lodge Samoa – a mixed bag of lollies out in the surf and a whole lot of fun on land.

For the first week, we had a great bunch of humans out from Catherine Hill Bay. Grant and Sandy Bourke, and the Valaire family (Glenn, Kristi, Jade, Jye and Jemma) all hail from that picturesque spot on the NSW Central Coast. They were joined by super cruiser Adam from Coffs Harbour.

Waves for all experience levels were provided: Jye, Glenn and Adam took to Aganoa Right while Jade and Sandy enjoyed Little Lefts on longboards. Grant and Sandy led the way on land, getting the local kids involved in games and activities. Everyone was in high spirits at dinner each night. Jemma distinguished herself by catching the first of many fish off the beach out front.

We had a bit of a personnel changeover for the second week. Glenn and Jade stayed on for another week (because they could) and were joined by Steve and James, good mates from Sydney.

A north swell opened up some other surf options – we had fun Pastor Point and Middles for starters – and then Aganoa Right and Left came to the party by the end of the week. Some excellent barrels were had out at the Left.

Other highlights of the second week included a day-long expedition around the island where the local guides were able to show everyone the villages they grew up in. And we have to mention fisherman Glenn’s epic GT – a personal best – which fed the camp for a few days. (Also, incidentally, Glenn is the Australian over 50s surfing champion, which explains his RIPPING.)

Also worth mentioning here is James’ really cool approach to his holiday. James is a Commercial Real Estate Agent and a busy one at that. He opted out of any internet access for the week which really allowed him to truly slow down, relax and enjoy the island lifestyle. It’s definitely something to consider if you’re really wanting to recharge and hit the reset button away from the pressures of modern life.

Anyway, enough from us! We’ve got a lot of photos to get thru! But just quickly, from all the staff here at Aganoa, sincere thanks to the Valaires, the Bourkes, Steve, James and Adam. It was such a pleasure to have you guys here! 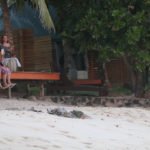 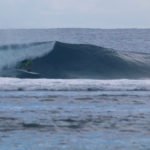 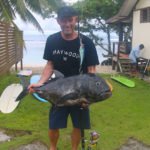 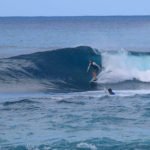 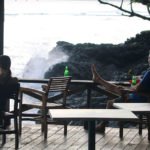 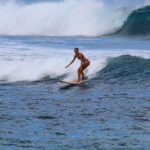 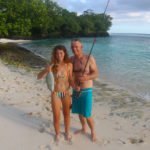 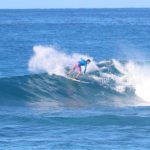 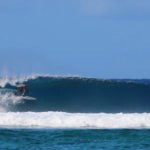 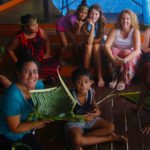 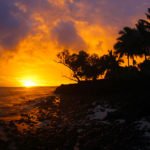 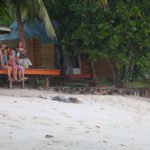 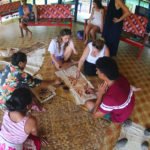