In surf trips – as in life – sometimes you just gotta shake things up a bit, take the road less travelled, and see what happens. In the case of this recent guest group, this involved loading up the mighty Pegasus One with fuel and pointing its steely twin hulls south, south to where the Simians roam.

But before we go any further, let’s meet the champions who called Pinnacles on Telo home for the last ten days.

First, we’ve got Bill from San Fran. Bill certainly felt at home here, seeing as he was the architect who designed the place! Nice work sir!

Then we have Don, who Surf Guide Wobby may have developed a bit of a man-crush on: “For a guy in his early 60s, he was a shredder… and one of the nicest people I’ve met,” Reckons Wobby.

Next up, Gary (AKA Bear), also from San Fran: Gary took out the MVP award for water time, and associated wave count. Yeah Gaz!

And faster than a speeding bullet – Jay from South Carolina. Jay rode a Firewire ‘Bullet’ model for much of the trip, and as the name implies, velocity was the name of the game.

Double trouble from Southern California came in the form of Sep and Alec – both fellas staying on for back to back trip, and keen for barrels. Alec’s appetite is a thing to behold.

And finally, to mix it up, we have José (AKA Antonio) and Ana Talledo from Peru, who made their trip even more special with a Balinese ceremony to celebrate their love and commitment. The ceremony was beautiful and touching, and there wasn’t a dry eye in the house, (but that didn’t stop husband and wife occasionally dropping in on each other out in the surf.)

The surf for the trip was quality, starting off with solid swell that saw Max’s Right and The Bubble in excellent form. Then, in a mood for adventure, we loaded up Pegasus One and headed south for a bit of a poke around, and scored waves you’d go absolutely bananas over. 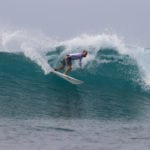 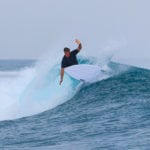 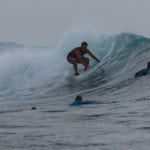 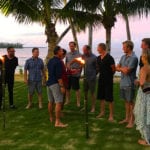 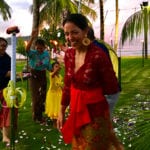 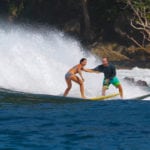 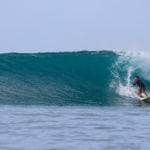 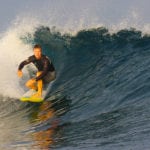 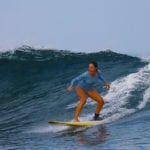 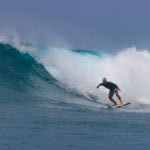 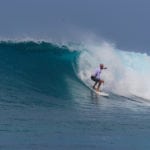 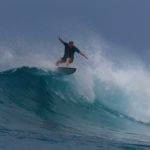 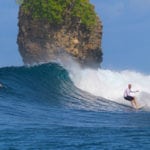