Remember that song? “Let Love Rule”? It was the title track of Lenny Kravitz’s first album, released (your writer does a quick google search and falls off his chair) … way back in bloody 1989.

Anyway, if you’re inclined, search and stream the song as soundtrack for this report, because this was a week at Aganoa where Love did, indeed, Rule.

First up, Sandy G from Broulee. Sandy’s our guide Jesse’s Mum and came over to surprise her hardworking son and recharge her busy batteries. Best mum in the world hands-down we reckon, but we could be biased. Love ya Mum!

Craig Harris spent a few years of van-living in Portugal with his GF Yvette and now lives on the Gold Coast. Craig and Yvette will quite possibly return to Aganoa as it now has special meaning to them. More on this later.

Yvette Rackova is originally from the Czech Republic and now teaches yoga and meditation on the GC. Naturally she found our yoga pavillion much to her liking and even ran a few sessions for the rest of the guests.

Josh Manteufel is a busy Brisbane physio who doesn’t get back to his beloved home island of North Stradbroke as much as he’d like. Josh took out the wave of the trip with a really sweet barrel on the end section of Aganoa Right.

Josh’s better half Stevie O’Shea is a personal trainer from Brisbane and was stoked to have some downtime to surf and chill (and finally get to read the autobiography of her biggest idol, Jonathon Thurston.)

Due to a bit of sunburn on day one, our guest group became known as Team Lobster. (Coincidentally we had Lobster for dinner that night) Anyway, Team Lobster enjoyed soaking up the Samoan life – from mucking around with the kids to learning the ways of the local culture. We crammed alot in, but the surf really kept us occupied.

Surf wise we scored great three-to-four-foot waves through the week, with great winds. When it’s this good out front there’s no reason to venture too far, so barring the odd excursion to Middles, it was Aganoa Rights all the way. One of those weeks where you truly surf yourself into a happy coma.

But speaking of happiness. On a nice sunny late afternoon with perfect offshore conditions, Craig paddled over to partner Yvette in a lull between sets and popped the question.

We’re pretty sure this is the first marriage proposal that’s occurred out in the lineup here at Aganoa.

It was a ripper, romantic, relaxing, surf-filled, laughter filled week. It was so great to have you all here! 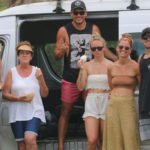 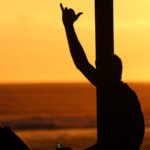 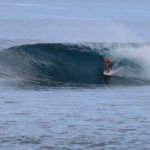 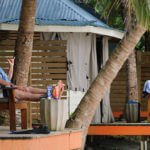 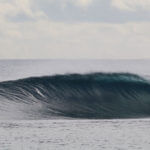 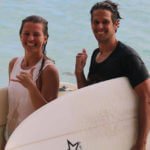 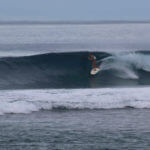 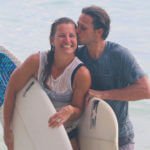 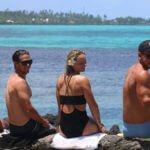 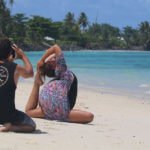 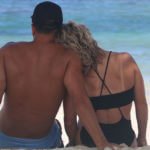