If you’re like us, you’ll watch the odd WSL surf comp webcast (sometimes hidden in the corner of your screen while you’re at work yeah?) Watching those comps, you’ll be aware of how ‘priority’ dictates a surfer’s approach to a heat. Surfer A (with priority) sits and waits patiently for a bomb, while surfer B (without priority) is all over the place, sniffing out opportunities and inside runners, here, there and everywhere.

Our last guest group was definitely Surfer B, because we were all over the joint! Nowhere was safe! Anyway, let’s meet the crew before we tell you our movements.

The big fella. Mr Jason Lynch, from South Oz. A return guest from last year. Loves his 8’ single fin and 6’6” twinnie. Brought his own clippers and gave a bunch of lads a trim.

Greg Fowler. Northern Beaches Kneelo. Lovely bloke who got ribbed for not standing up but and always had a laugh about it. May have dropped in on the team once or twice through the trip as payback for the payouts.

Scott Seamer. Newcastle ex-cop who took the ripper of the trip award. Had everyone in hysterics at drinks and dinner.

Ben Marsh. Legend and cruiser of the trip. Always up for a post-surf Binny on the boat. Loves the life aquatic and has sailed round Oz.

Jack Marsh (Ben’s son). Had his 18th birthday at the lodge and celebrated by doubling everyone’s wave count, letting off a bunch of fireworks and had a few drinks with the boys. His favourite wave was a secret left slab – occasionally sneaking off for some tubes with the guides.

Alex Marsh (Jack’s older brother). Frothed almost as hard as his little bro. Occasionally gave Jack a bit of grief (as all big brothers should) but also had some sessions when it was just the two of ‘em out.

So yeah, how’s this for a busy itinerary: the trip started out with a super glassy arvo at Max’s Left. Followed the next day by more of the same and a trip to Pinnacles on Telo for arvo beers.

With a small swell and west winds the next morning we headed down to Monkeys Resort South Telo for two nights, scoring super fun waves for four sessions before coming back up north.

Once back at The Lodge, we had a crack at The Bubble, some all-time Max’s Left and mega fun Max’s Right, while young Jack snuck off with the guides and scored a pumping left slab.

The next few days were spent surfing Kindies and Schoolyards.

See what we mean? We were all over the place! Non-stop!

By the last full day, we were all shagged, but a surprise pulse on departure morning saw us out at Max’s Right for one last go-round before the hooter sounded. Thanks for coming guys! 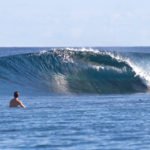 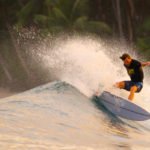 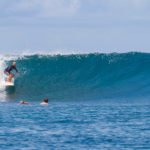 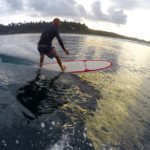 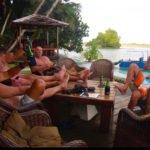 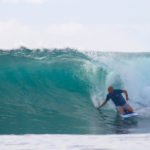 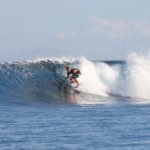 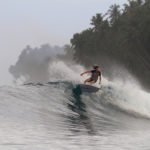 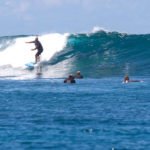 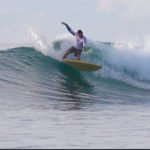 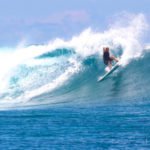