Mark “Haykey” Haycox has done a lot of things right in his life, heads up a thriving architectural firm, but his biggest win must have been meeting and marrying his wife Lucy, ‘cos when Mark turned 50 last year, she lined up Mark’s first ever overseas surf trip to mark the occasion of his cracking the half ton.

And so it was that Mark, along with epic amigos Chris Watkins (brilliant Adelaide architect) and Matty Graham (Melbourne’s king of fine foodstuff sales), cruised into the Telo Island Lodge lagoon on the 24th of last month, and began making the most of every moment of this well-deserved trip.

Light winds and a modest swell allowed us to rotate our favourite spots: The E.R, Kindys, Schoolyards and Max’s Right out the front. But it was The Bubble that set the early tone, with the lads calling “best waves of my life” after a sublime morning session there. “I’ve just never surfed a wave that breaks so perfectly for so long” reckoned Matty, almost a little shocked by the perfection.

The trip’s halfway mark saw everyone already knackered from two surf shifts a day, but a new pulse of swell cranked up the pace even more: Max’s Left came to life and the guys upgraded their definitions of “best ever” waves and sessions.

Out of the water, Legend chef Restu’s cuisine was on point, Schuyler’s early morning Yoga sessions were epic for body and soul, Ria’s massages kept backs and shoulders functioning, and we somehow found the time to squeeze in a Telo Tour.

And even when the swell eased as the trip neared completion, Mark, Matty and Chris didn’t ease up, heading out in the predawn for early shifts and returning at dusk from the late sessions. E.R lefts turned on a magic last evening that had the lads shaking their heads at how many ridiculous sessions they had to themselves.

As the crew headed back out of the lagoon this morning to fly back to their loved ones, they were all rightly pleased with themselves ‘cos they didn’t waste a single moment of their time here – and it was a blast to host ’em. 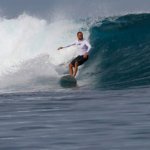 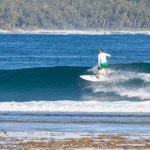 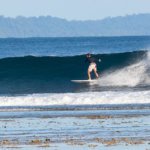 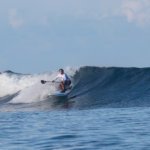 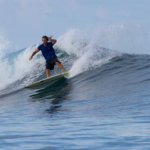 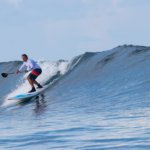 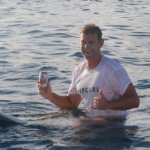 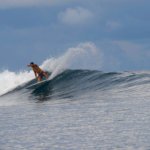 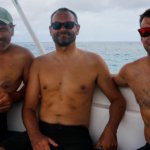 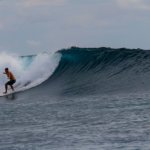 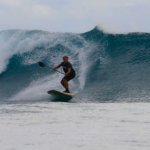 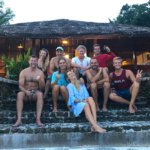 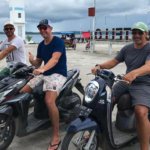 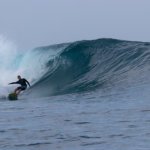