Yep, it happens! You can be in the most energised surf zone in the world, during a month where you can expect a combo of south and north swell action, but sometimes, Huey (God of surf for those who’ve just joined us) simply allows the ocean to go to sleep, and no amount of wishful thinking will rouse it from its slumber.

So what do you do? Well, here at Aganoa you make the most of the South Pacific’s languid mood and appreciate every day for what it is – a day in absolute paradise.

Chris and Megan came over from Brisbane with their three girls: Marley, Penny and Edie. Chris is a horticulturist, Meg’s a GP, and the three girls are the happiest bunch of water babies you’ve ever met. Chris and the girls racked up more ocean time than some surfers do here when it’s pumping all week.

Highlights were the waves the kids caught with Dad on the SUP and in the kayak out at Little Lefts. You didn’t have to be watching to know when they were on a wave as squeals of laughter and joy could be heard from anywhere in the lodge. And when Dad wanted a breather, ALS superguide Jesse (now known as Uncle Jesse) kept the gals safe and stoked in the lagoon.

Another supercool little family was here too! Paul and Mariana from Sydney’s Northern Beaches brought their two-year-old lad Kye over. Paul, who runs a small accounting firm with a mate, is an excellent surfer and made the most of any ripple that dared show itself this last week, but you get the sense he was equally stoked to spend precious time with the special people in his life.

When the South Pacific sleeps, it’s not entirely a bad thing. Here’s a few pics to prove it. xx 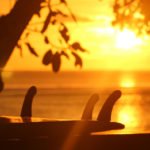 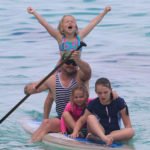 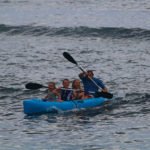 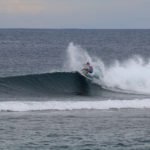 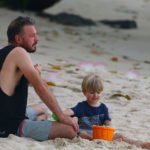 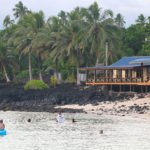 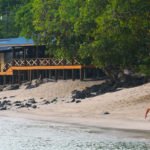 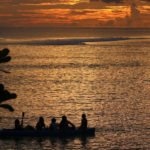 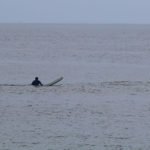 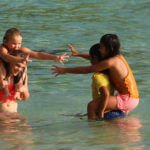 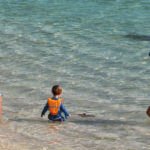 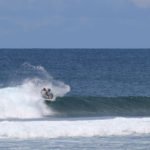 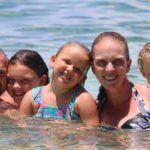