A pretty sweet family vibe at Pinnacles North Telo through July, and lots of waves too! Let’s meet our clans from earlier in the month, trip 19, 2nd – 12th July.

Fiona, James, Sophie & Kayla Butcher.
The Butcher family hail from a small crayfish town in West Australia, where 16-year-old Sophie and 18-year-old Kayla clearly encounter waves of consequence regularly, as there certainly wasn’t any holding back out here in the Telos! Dad James (Big Jim) – a pro crayfisherman – was also at home in the glorious Indian Ocean.

John (Fish), Charles & Josh Taylor
Fish – who’s been here a bunch of times – brought his two sons, Josh (29) and Charles (26) out. The lads hail from Perth originally, but Josh has been living in Simelue the the better part of a decade now, and so it was the first time the brothers had caught up in four years. No better way to catch up than sharing waves, and icy catch-up Bintangs in the arvo.

Fred Welterin & Maggie Hua
Delightful San Francisco (Ocean Beach) couple. Fred’s emerged from a few decades with his shoulder to the Silicon Valley wheel, and both have earned their recreation time! Great to have them here.

Mark Valerin
Mark rips. He’s an Ocean Beach mate of Fred and Maggie’s, and came to PNT after ten days of pumping waves at Telo Lodge. Mark runs marketing at ‘Adobe’ – maker of the world’s finest creative software – InDesign, Photoshop, Illustrator and Premier among others. This report alone contains logos designed in Illustrator, pics edited in Photoshop etc, and your writer counts InDesign as the primary and most beloved tool of his vocation. To be clear though, the author is in no way sidling up to the strikingly handsome, intelligent and witty Mark and angling for some kind of discount on his Adobe Creative Cloud subscription. No, that would be unethical.

Surfwise, well, the pics tell the continuing story of an excellent July in the Telos! So let’s get into ’em. 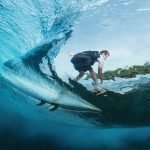 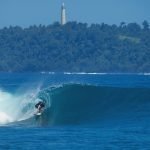 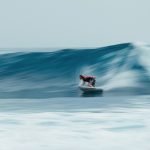 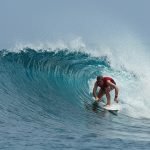 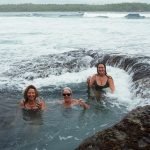 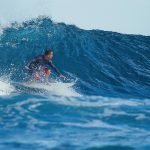 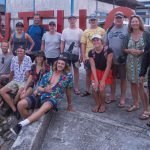 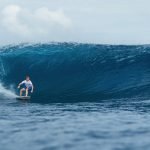 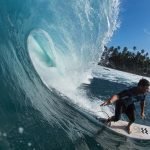 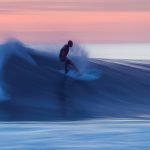 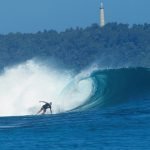 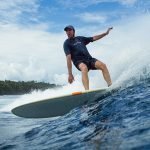 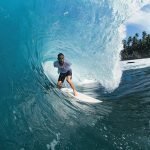 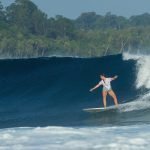 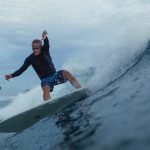 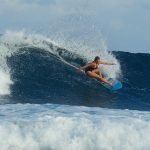