Pinnies Surf Guide Jacque ‘Wobby’ Botha straightened his bow tie, necked his champagne and stepped up to the microphone. Before him stood most of the population of the Northern Telos: from fishing families to the local dignitaries, even the kids were given the day off school to attend the ceremony. Wobby cleared his throat and began to speak…

… three hours later, long after most of the audience had quietly slipped away, Jacque was nearing the end of his speech: “… and that, ladies and gentlemen, is how I came to be known as Wobby!… Anyway, without further ado, I now declare the Pinnacles North Telo 2019 surf season open and ready for business!”

At this point, our first guests for 2019 were paraded around the lush grounds of PNT (that’s Pinnacles North Telo) on a convoy of scooters, waving to the three remaining audience members who’d missed their lift back to the village.

OK… so this scenario may not have happened of course, but this trip does mark the ‘formal’ beginning of another epic year of surf here at PNT, and so we give you this report with a real sense of celebration.

Paul and Deb Ash are a handsome couple from LA. Paul’s a retired eye surgeon and was stoked to be on his first surf trip in a loooooong time. Deb, too, was feeling the much-overdue holiday vibes. They were joined by nephew Max, who couldn’t believe his luck, having world class shooter Andrew Shield document his smooth lines.

Keeping the family theme going, Matt and Kim Sallen from San Diego chose PNT for their honeymoon and it’s hard to imagine a better location for these two excellent surfers, who surfed their brains out together and enjoyed some private dinners together. Honeymoons don’t get any better hey.

Phil Potloff from California is a familiar and welcome face ‘round these parts, always first in, and last out.

And rounding out the trip were great buddies Jeff Hund and Doug Meyer, also from Cali. Jeff was the extremely stoked and grateful winner of a reader contest collab run by PNT and ‘The Surfer’s Journal’ and brought Doug along. These two cruisy legends had constant smiles slapped across their crusty dials, in a state of semi shock for winning the trip of a lifetime. 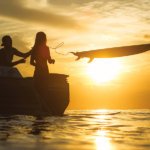 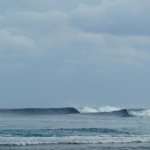 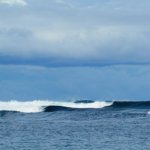 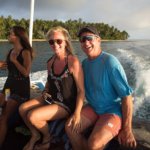 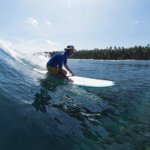 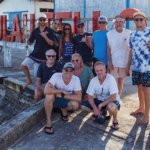 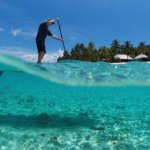 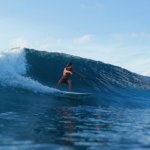 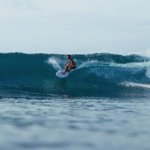 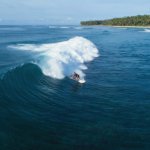 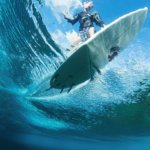 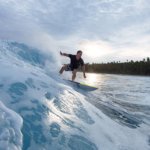 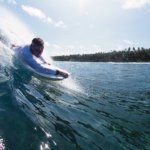 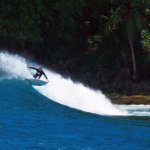 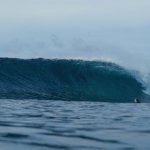