Seven mates from Colorado/Philly/Montana came and hung out with us last week, and we reckon it might just go down as trip of the year!

You can take the boys out of the Rockies – but they’ll still find ways to support their beloved Philadelphia Eagles in action – even cracking beers at 6.00am to catch a play by play of the game.

This trip was all about Brendo – lifelong best friend to the boys who couldn’t make the trip – every joke or good time was made in his honour.

As a bonus, legend Oz photog Andrew Shield was there to catch the action. Thanks for the captures Shieldsy!

Sean – Colorado. Organiser of the trip. Had a bad massage in Singapore which threw his back out. Spent the early days on a bodyboard and eventually came good to stand up. The boys gave him every set to catch up on waves he missed at the start.

Eric – Montana. More familiar with mountains, snow and rapids. He only started surfing recently but wasn’t afraid to launch himself into drydock sections. If he wasn’t surfing with the boys he was fly fishing with Jason looking to land a GT (Golden Trevally) on the fly rods.

Jason – Colorado. ER Doc. Jason’s highlight was randomly running into his cousin in Telo he hadn’t seen for years. Talk about a small world. Jase was obsessed with nailing a GT, late night karaoke, nailing a yobbo aussie accent, and his beloved Philly Eagles.

Zach – Philadelphia. Zach was a riot from start to finish. smashed everyone on the bar tab. How much did Zach enjoy his trip? Well, he tried to move into the staff house.

Murph – Philadelphia. Murph never missed a session and rode every wave to the death – forever ending up on dry reef, though he didn’t lose a drop of blood. We even renamed the end section from “Greedys” to “Murphy’s Law”.

Stevo – Colorado. The biggest frother of the trip. Always surfing, and always keenest to get back out there straight away. Kicked everyone’s arse at cards.

Mike – Colorado. The only goofy of the trip. Always up for a late night beer and a laugh. Absolute demon on the pong table.

Out front was our trusty stand-by, the Left had a few good days, and we had mental sessions at Pinnacles, The Bubble and Le Ba. We also dropped in to Pinnacles on Telo for Mojitos by the pool. Fancy!

What sums up this bunch of lads was their love of the party wave. Share the fun – more the merrier – and ride the bastard all the way to dry reef (where Murph’s protective forcefield would kick in.) Great mates who know to get the most out of life you’ve gotta share the goods.

Guys, come back out next year! It was too much fun. Here’s to Brendo!

PS: Jason and Eric paddled the kayak every single day to try and catch a GT but never quite managed it… Andrew Shield videoed a wave of Jase’s from underwater and wouldn’t you know it, a GT swims under Jase’s wave… Bugger! 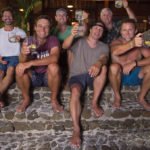 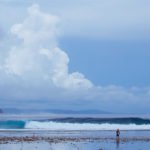 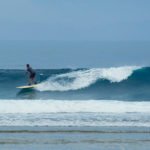 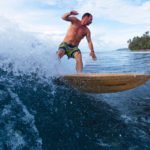 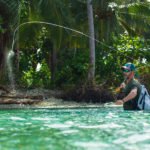 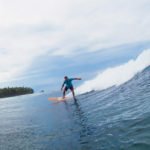 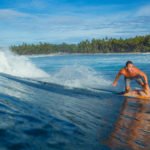 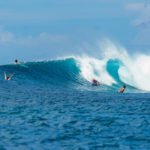 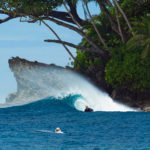 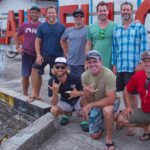 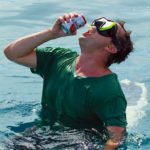