As we always bang on about, Pinnacles is a place to you can bring your better half along to and still have a full-tilt surf trip. You can bring your young ones as well. Or you can come with a few mates and catch up between surfs over a quiet beer or cocktail in the pool.

Occasionally, though, we’ll get a full-lodge booking by a tribe of old schoolmates and the vibe … well, let’s just say the vibe changes a bit!

We had Big Baby, BJ, Rich, Terrorist, Davo, Brazzo, Tone & Macca, all from Bondi Beach in Oz, come over to turn up the fun factor to eleven. Let’s meet this feisty group of legends shall we?

Shane ‘Big Baby’ Kilmurray. A solid unit. BB might have racked up the biggest bar tab in Pinnies history. It was a sight to behold.

Brent ‘BJ’ McHatton. Bears a passing resemblance to Steven Seagal – or should that be Steven Seagull? Underground cruiser of the trip.

Dan ‘Terrorist’ Weinstein. Bondi restauranteur. If Pinnacles was primary school we’d have probably separated Dan and Big Baby as they are a bad influence on eachother.

David ‘Davo’ Clifton. The inside hunter. Went undetected for most of the trip until we noticed – Oi! – Davo’s been getting most of the waves!

Scott ‘Brazzo’ Sweeny. Earnt the nickname for his Gabriel-Medina-ish fondness for getting his wave count up – no disrespect intended to any of our wonderful Brazillian guests, (Muitos australianos são tão gananciosos…) haha!

Anthony ‘Tone’ Wyer. Well, someone had to take the title for biggest shredder of the group, and with a solid hack atack, Tone took the gong.

Craig ‘Macca’ McHatton. There’s always one bloke in every group who would crawl over cut glass to surf The Left. When he got his wish, Macca was the happiest guy on the equator.

We had good Le Ba, Max’s Left, The E.R, and some great waves at our backyard break of Pinnacles.

Saturday saw the NRL (Rugby League) prelim final – Rabbitohs (Dan, Scott & David) versus Roosters (the rest of the boys). The Roosters won 12 4, which meant beers all round from the three Bunnies fellas. In honour of the lads’ allegiances we’ve watermarked their surf shots below accordingly.

It’s been a few days since the lads bounced back to Bondi, and even with a bunch of great new guests here, the place still feels eerily quiet. 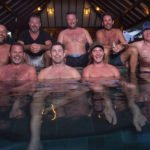 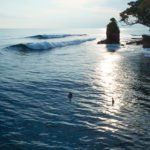 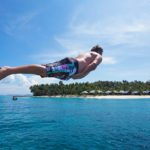 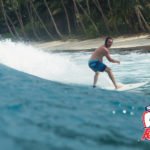 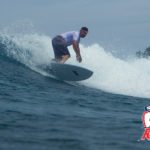 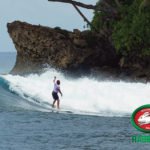 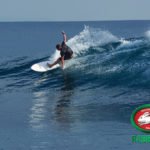 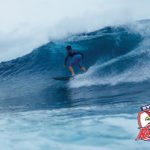 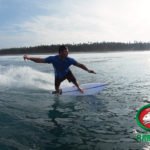 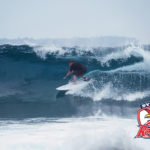 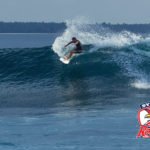 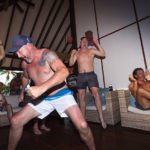