We’re right in the guts of the surf season here in the Telos. The Lodge has been humming and full to its modest eight-surfer capacity. The swells keep coming and the guests keep having the times of their lives.

Our most recent guest group were all – with one exception – “boomerang” guests who just keep returning to Telo Island Lodge. Let’s meet this bunch of champions shall we?

Anne and Richard Fish are an adventurous, super cruisy couple from Victoria who can’t get enough of Indo. They’ve been coming to the lodge for over a decade and don’t miss a single session. Anne and the E.R clicked with each other big time this trip. Richard reckons TIL is his favorite Indo location… well mate, the feeling’s mutual.

In his late 60s, Colin Dennis is the elder statesman of the group, and loves TIL because it provides him with the quality surf he’s been chasing ever since his first Indo trip back in the early ‘70s – just with a bit more comfort attached!

Rich “Ricky Bobby” Kellow – who’s been mates with Col since school days – put in the most water-time this trip. Even when totally rooted, he’d paddle back out for anothery. Rich’s also been madly experimenting with our new fleet of Lib Tech boards. Rich and Col’s rapport with each other kept us all entertained and laughing.

Speaking of Dynamic Duos: Ross (who grew up with Col and Rich) and son Jake Williams are absolute gentlemen. Ross brought a teapot out to the lodge many years ago, (which we look after for him), and enjoys a good cup of tea on the deck after every surf. Jake’s kept busy by his job in New York and doesn’t get to surf as much as he’d like, so took every chance to fine tune his act – getting advice from the guides, studying photos etc, and the progress showed.

They were joined by another father and son team, Victor and Tom Riley. Vic gave surfing away for a while but is back in the swing and the lads are enjoying trips together. Vic has a smooth old school style while Tom tears the bag, and was keen to hunt out some of the more challenging breaks. We were happy to oblige.

Surfwise, the trip was bookended nicely by swells at either end of the trip, with a few days of E.R swell magnet action in the middle. Being the peak of the season there have been a few boats around, but we’ve still managed to score our share of solo sessions.

With all the crew (except Jake) being return guests, the vibe was happy and mellow, with only one slightly rowdy evening, filled with a lot of talk of previous trips, old guides and fond memories.

It’s safe to say these guests will boomerang back our way next year, and we’ll be stoked and honoured to do it all again. 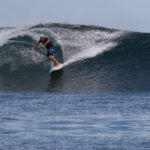 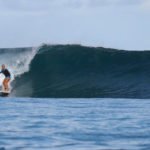 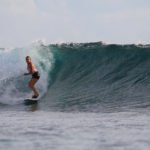 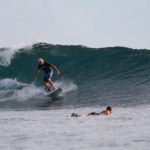 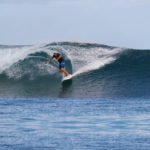 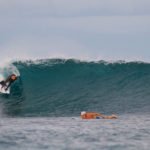 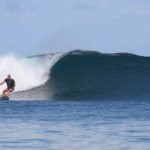 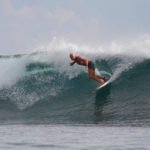 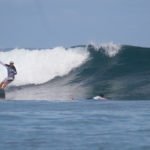 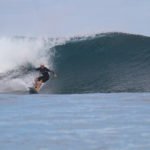 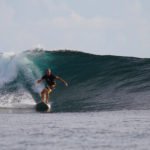 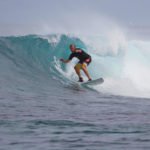 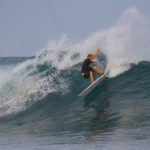 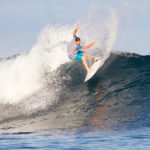 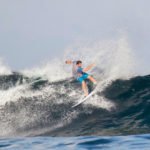 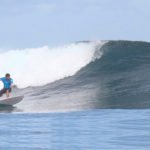