Four fine Kiwi blokes made Pinnacles their home for the last ten days and it’s fair to say they had as good a trip as humanly possible, with three back-to-back swells, including swell of the year/decade/ever.

Our heroes were out sampling our backyard break of Pinnacles within an hour of getting off the charter flight. Several hours after that they were settling in for a rather large evening of celebration. To their credit next morning, they were up at 7.00am for a yoga class.

They breed ‘em tough in NZ.

With an overabundance of swell, Tai, Dan, Dean and Hamish were called on to charge, and they rose to the challenge beautifully at LeBa, Bubble, Kindies, GT’s, and a few other waves we don’t care to name…

Here’s a quick roundup of the team, then let’s get to the pics, ‘cos they’re crackers.

* Actually, speaking of photos, here’s a big shout out to Andrew Shield, one of the world’s best surf photographers, and an absolute champion fella. If you want your Pinnies trip documented from the land, boat, water & air, let us know in advance and we can have Shieldsy on hand for a modest fee.

OK, back to our guests:

Tai Flavell – well known longboard competitor in NZ who charged on his 7’2” quad. Big fella with a big heart: the kind of bloke who’ll dive off the side of Pegasus One, swim over to a broken down local boat and help ’em out of their troubles like it’s no big deal.

Dan Russek – Make no mistake, all four of these blokes charged, but Dan distinguished himself by paddling out at the Big Right and getting a few beasts.

Hamish Wright – Another easy-going big fella with a relaxed demeanor and a penchant for deep tube rides at Le Ba.

And so this bunch of legends all picked up some war wounds on the way (GTs can be a cruel mistress), and when the mother of all swells hit we jumped in Pegasus One and toured the bommies, the big wave spots and marveled at waves breaking in places no-one had never seen break.

The lads’ last night was memorable – we made a Spotify playlist where everyone added three songs, then had a “Song Off” – shuffled the playlist and had to guess whose songs were whose. Aided with copious cocktails, poker faces, singalongs and some tabletop dancing by an un-named guest (hint: may have been a longboard competitor), it turned into a hilarious evening, and a great way to wrap up an unbelievable trip.

Thanks so much for coming over, lads, it really was a blast! 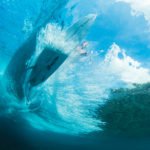 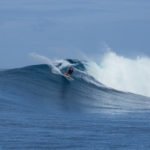 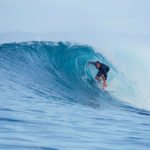 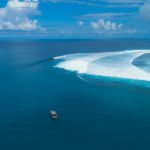 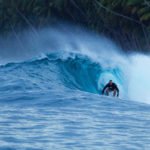 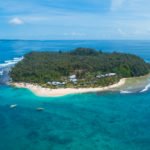 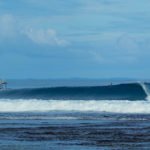 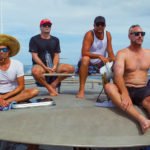 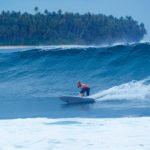 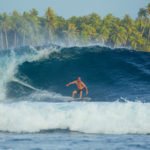