Ok, so we’re getting carried away with the courtroom metaphors, but it’s not every day you have an extremely distinguished Judge as one of your guests.

Charles Tinlin, hailing from St Augustine, Florida, was of course too modest to mention stuff like this, but he’s the kind of guy who has a building named after him – “Tinlin House” is a counseling centre at the prestigious Flagler College in Florida. Charles has made a difference in his community. Legend.

Anyway, Charles swapped the robe for a red rashie and his rulings for re-entries and had an epic time.

Charles was joined by Tom and Tara Addison, also from St Augustine, Florida, on their honeymoon. We spoiled them with private dinners in ridiculously romantic settings and took this tight twosome on terrific tours of Telo.

Having recently gotten hitched to his true love, Tom (a pro Photographer) didn’t really need any other reason to be the happiest guy in the planet – but this trip also marked a return to surfing after an injury layoff of a couple of years. How stoked can a man get! His two true loves! Stop it!

This intimate little guest group was rounded out by ‘The Mad Scientist’ – Nathan McGuinness. Nath’s a sound engineer from Melbourne, Australia, and he charged anything that came his way. It was eat, sleep, surf for Nathan. (The eating was deluxe, the sleeping was in king-sized comfort in a deluxe private bungalow, and the surf was sweet as.)

Ah yes, the surf: it started off with light winds from the SE with medium swell, and by day two big overhead waves started wrapping in at Pinnacles, Max`s Left and LeBa, and it basically didn’t stop for the rest of the trip.

We racked up 24 sessions in total, and surfed alone 17 times out of that 24. How good is that!

The Bubble was definitely the standout wave this trip, only eclipsed the time we drove home from a ‘best ever” Bubble session to see our backyard break Pinnacles on fire, six-foot plus, and not a soul in sight.

We will now enter several photographs into evidence. 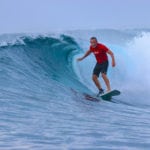 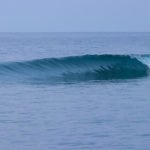 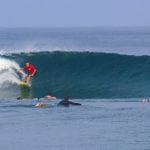 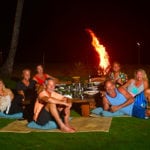 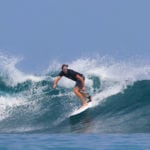 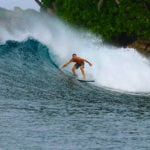 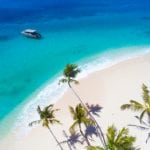 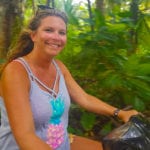 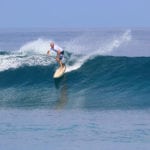