ALL IN THIS TOGETHER

It was our privilege to host this tight-knit bunch of friends – all hailing from Cape Town South Africa – this last week.

What was so remarkable about the Quarmby, Knight and Criticos families was that every time the boat headed out for its twice-daily surf adventure, EVERYONE was on board.

Most guests will miss a few outings – they might sleep in a few mornings, or hang out by the pool or get a morning massage or just want some alone time – which is perfectly fine.

But this bunch of legends were so tight that even on the 5.45 am expeditions, every single member of the party was there on the beach in the pre-dawn glow, ready to share waves, fun and adventure.

Patrick The Joker Quarmby. Makes the telling of a joke an artform. Keen fisherman and occasional bodyboard waveslider.

Paige Miss Resilient Quarmby made sure to catch at least one wave a day with courage and determination when it was pumping. She also made sure everyone always had their things – legend!

Robert The Lurker Quarmby. Despite being a newcomer to surfing, Rob would lurk deep in the lineup and charge anything that came his way. Go Son!

James Casper Quarmby scored great waves between applying copious lathers of sunblock to his fair skin. James’ pale demeanour was the source of a bit of humour, but when the rest of us look like burnt leather wallets in a few decades time, Casper will have the last laugh

Speaking of scorching, it’s a good thing Andrew Sly Dog Knight is such a beloved bloke, as he had a habit of ‘sharing’ waves with his family and friends… We have photographic evidence of a dozen incriminating drop ins… willing to sell to the highest bidder…
Penny Chill Master #1 Knight – super chilled wife of Sly Dog, earned naming rights on our new raft thanks to the hours she put in on it. “Delilah” will always remind us of you, Penny!

From the moment he arrived to the moment he left, Finley Biscuit Knight brought a cackling energy to proceedings. From nabbing the best of the best set waves (kid’s a natural), to his excited surf commentary (“Look at that bloody little biscuit!”), Finley’s enthusiasm was infectious.

Shirley Chillmaster #2 Knight: Daughter of Penny and James: Teen queen of mellow – relaxed and always in good spirits. Loved just being in the water. Anything to do with the water and Shirley had her epic smile going.

Nick Mr Smooth Críticos. A man of style and flow in and out of the water. He and Sly Dog always messing with one another as only old friends can. A thoughtful fellow with a zen vibe.

Martine Chillmaster #3 Criticos A lady of warm, calm energy, with a beautiful, quiet, London-accented voice. A human who made these last ten days a delight!

Surfwise, we enjoyed epic sessions at Pinnacles, The Left, The Bubble, as well as an undisclosed righthander we’d rather not name, which served up the best rides of the trip for four of our guests.

We did sunset cruises, mangroves trips, Telo tours, much fishing, surfed novelty waves out front of the lodge, played some serious beer pong competitions, and had live music from guide Derek Thomas.

Speaking of which, here’s what our guide Derek had to say about this group. “Such a community of friends and families. It was magical and I won’t ever forget it. It really filled my heart with love just to see these multiple generations of families and long time friends having the time of their lives. Being a part of it was really special.” 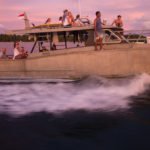 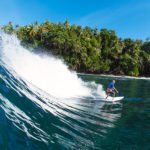 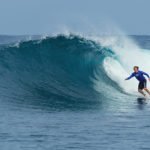 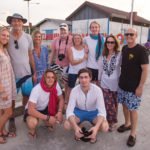 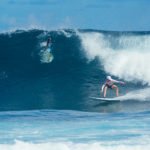 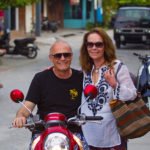 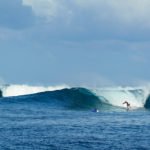 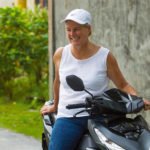 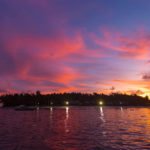 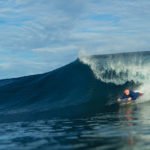 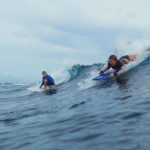 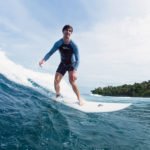 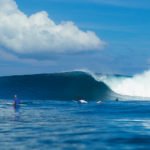 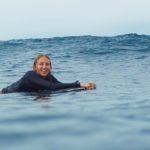