A GAME OF TWO HALVES

Over the course of a ten day trip in Indo you generally expect to run into a couple of swells and have a few quiet days sprinkled here and there.

This most recent go-round at Pinnacles, was, as the title suggests, more a game of two halves. The first five days was, literally, non-stop surf action – and just as the crew needed a bit of respite, the surf eased off making the last five days of the trip a more relaxed affair.

Cam McPhail from Victoria. Cam’s been to the Telos so many times his knowledge around the breaks is at ‘local’ level, (and it showed in the number of waves this silent assassin got under his belt.)

Jim Pardue from Los Angeles. Like Cam, Jim’s no stranger to the Telos and was in absolute heaven during our sessions at his favourite Telo break, Pinnacles.

John ‘Yogi” Larsen from Scott’s Valley California. First trip here – came to the Telos after hearing one too many stories from his buddy Jim about the magic of the place.

Jason Small, Tura Beach NSW: Jason also made his way back to familiar grounds here in the Telos and distinguished himself with a few macking drops at Pinnacles.

Jason Keilar, Bangalow NSW: The twin fin king! Deadset, Jason K threw his lil’ twinnie around so hard the glass around the fin plugs started to crack. It was all or nothing for this bloke: when not punishing his twin fin, Jason would be … napping on the boat!

Jamie Mustard, Bellbrae Victoria: The saying ‘Keen as Mustard’ might have been coined referring to this fine fella. Jamie was definitely the frother of the group, willing to surf no matter the conditions.

So… what can we tell you about this trip? Out of all the fun sessions we had, perhaps the most memorable was a dawn patrol at Max’s Left – three hours to ourselves on a pushing tide. Even by the time we drove away, categorically surfed-out, there was still no-one else around. Yep, the Telos still has these moments.

For the first five days the whole place was cooking nicely and we enjoyed many surfs all to ourselves. Pinnacles did its Angourie-wrap impersonation, The Bubble did its scale-model-of-Rifles-thing, and Kindies did its how-hard-can-you-come-off-the-top, go-on, dare-ya thing. And then it went a bit quiet on us, but by that stage we were so knackered, a quick head-high session here and there was enough to keep broad grins on our faces.

But yeah, that Max’s Left session, that was something else… See ya! 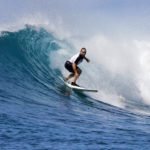 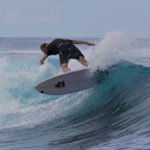 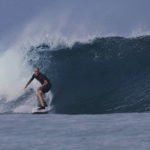 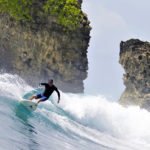 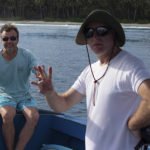 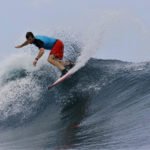 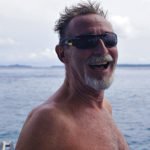 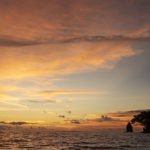 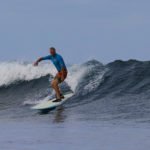