A DIFFERENT SURF ADVENTURE (PART ONE)

Pegasus Lodges has always been about tropical surf adventures: Telo and Tenggara in the Indian Ocean, Samoa and Fanning in the Pacific etc, but life’s all about mixing it up, and so we’ve added a pretty cool new destination to our quiver of experiences.

And by ‘cool’, we’re talking steamers and booties, black bears on the beach, salmon the size of small children, seaplane transfers in and out… we’re talking coldwater adventure at Nootka Wilderness Lodge, British Columbia.

This trip we’ve just taken was a bit of a recce mission: seeing how we can blend the surfing experience in to the already-incredible fishing/adventure/nature wonderland that Nootka Wilderness Lodge provides.

And so a plucky band of volunteers: Pat and Mike (from ‘The Fly Shop’), Dom (The godfather of Canadian surfing), Ryder (Pegasus Lodges honcho), Lionel and Richard (epic mates and supporters of Pegasus), Andrew (photographer) and Peter (the pilot) flew in just last week with the intent of getting barrelled, catching fish, counting bears, eating glorious seafood and drinking red wine. Basically road testing all the ingredients that make up a memorable surf adventure with a difference.

Let’s hand the reigns over to Lionel for his take on the trip.

“Getting there couldn’t be easier. We flew direct from San Fran to Vancouver (2hr flight) got our bags and were over to the Seaplane take off within 10 min. We took off and 50 minutes later after a beautiful flight right across Vancouver Island, we touched down right in front of the Nootka Wilderness Lodge. Easy Peasy

“The ride from the Lodge to the surf was about a 45 minutes, half of which was on the inside channel so very fast and calm. Outside was rougher but ok. Suiting up in the boat was fine, water was pretty cold (48F) but we were able to stay out for about 2 hrs. There were lots of promising setups but the spot that caught our eye was a bit of a slab – super easy to get into but pretty intense once it stood up. We surfed at low tide so it was pretty shallow on the exit, but no danger…”

… OK, seeing as we’ve got a lot to share with our Pegasus family, we’re gonna split this report into two parts – so we’ll hit you next week with more about this trip and details about the charters we’re kicking off in October – but for now, here’s a few pics… 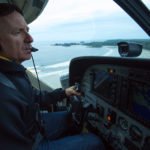 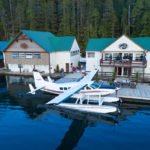 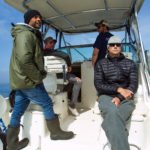 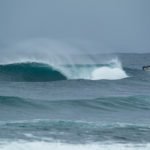 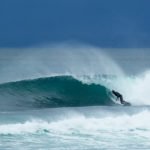 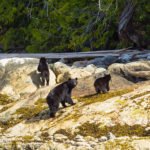 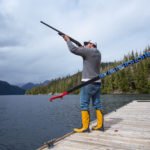 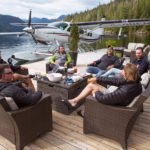 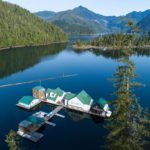 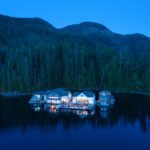 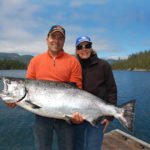