Swell of the year (so far) greeted this epic guest group. So let’s not dick around. Meet Team Telo!

Brett “The Captain” Cooper. Cronulla NSW.
Coops’ 5th visit and he makes the calls round these parts (even insisted the title for this report be 208 degrees – if you know, you know). Good thing he’s deadset the sweetest fella you’ll meet! Coops learnt to surf at TIL about five years ago now. He was on the Oz swim team as a young fella and has the biggest lung capacity. No-one can out-paddle the Captain!

Charlie “Chucky” Emery. Cronulla NSW.
Chucky gave it a go out the front when it was macking, going barrel for barrel with cameo guide Dan. Chucky even pushed Dan in the evening carousing stakes as well. Charged GTs, scoring epic gems and reef inspections! Third TIL trip.

Paul “Cass” Casaceli. Cronulla NSW.
The quiet achiever of the group. Super cruisy and enjoyed his second time back at the lodge. Was the judge at GTs when the boys were out there.

Paul “Pablo” Teitzel. Waterloo, NSW.
Pablo was only with us for the first five nights and had to cut the trip early to attend a funeral back home. Had never met the crew before but is part of the Captain’s gang now and planning a 2020 trip with ‘em. Pablo had a thing going with LeBa’s barrel.

Terry “Darling” Darling. Cronulla NSW.
Terry came on as a last minute sub for a mate who couldn’t make it. Friendly cruiser with plenty of time for everyone. Really enjoyed LEBA and Maxs Left. Went through a few leggies at The Left when it was solid.

Paul “PT” / “Wounded Seagull” Taylor. Cronulla NSW.
The Cap’s best mate. A shoulder injury meant he could barely paddle, yet he took out the heat at GT’s, pipping Chucky by .5 of a point. PT delighted in getting under Coops’ skin and making everyone laugh.

Mark Valentia. San Fran USA.
Taken in by the crew despite being the only goofy (and Seppo) of the trip and always trying to convince the crew to hit the Left. Standout surfer at big pinnacles – caught a wave 500m out past the pinnacle and surfed it to the boat. Good music taste as well. Top fella.

Dan “Corbs” Corbett. Perth WA.
You may know Dan from his days as one of the Lodge’s OriginalSuperGuides™… Dan was back in a cameo guiding role, just in time for the swell of the year! Snapped boards and leggies, (even lost one in an underwater cave for three hours), dominated our big mysto right and GTs as well. All the staff and crew were just so stoked to have the big fella back for a bit!

OK, so, epic crew and epic swell. Out front has been working for 17 days straight now. We’ve surfed all our spots. We’ve had swell of the year. A Telo tour to the pub was a highlight with many refreshments enjoyed by the lads. PT dropped a few hundred on hats, soccer balls, pens, books and what have you and handed them out to the kids… (Just when you thought things couldn’t get any better, along comes fricken Santa Claus!) 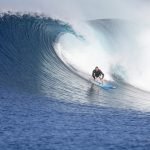 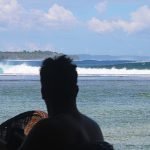 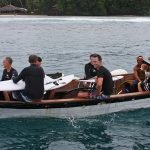 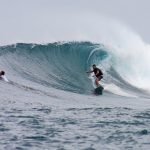 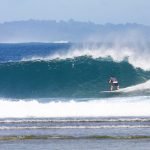 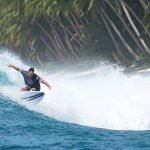 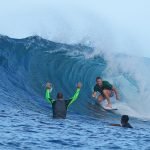 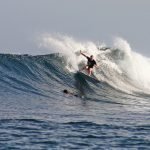 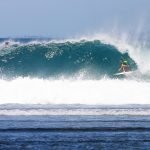 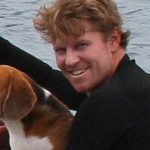 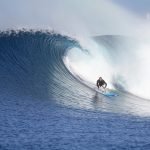 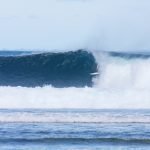 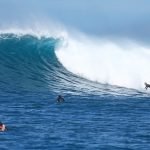 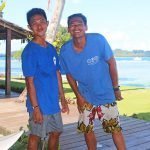 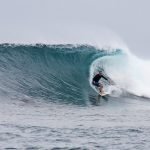 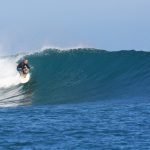 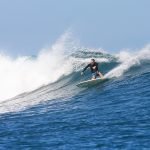 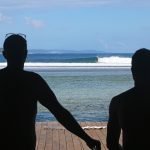 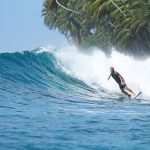 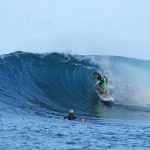 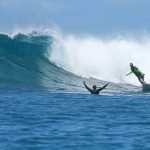 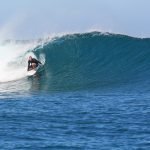 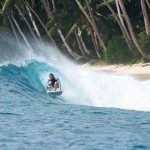 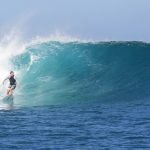 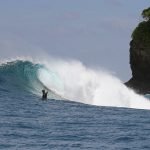 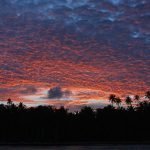 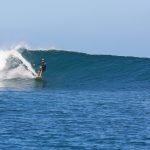 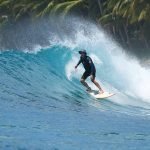