This last trip has been all about Max۪s Right. Which is cool because it۪s the break directly out the front of Telo Island Lodge!

Its۪s fair to say that Max۪s Right has been the pick of all the waves in the Telo Islands, through a very wet week.

Day after day she just keeps on sending groomed lines down our little special chunk of reef. It۪s been so consistently good that we۪ve hardly felt the need to venture off to go looking for anything else.

We۪ve hosted a mixed group of surfers this trip.Greg and Charlie who are brothers originally from Melbourne, Richmond and Adam who are old mates from Melbourne, Wayne who۪s freshly retired and loving life and finally Nick all the way from Cornwall making hissecond Telo Island Lodge Trip.

Everyone۪s hit it off straight away, and by the end of the trip, lifelong friendships have been forged over endless banter, fishing, darts and some of the most intense and hilarious card games the lodge has seen in ages.

The swell has apparently been on the decline all over the charts for the last few days, but Max۪s Right sure hasn۪t listened, and keeps sending the goods. 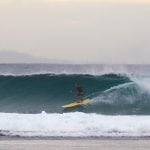 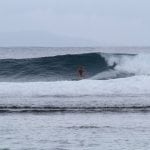 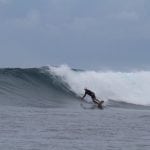 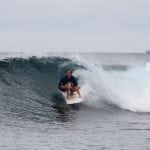 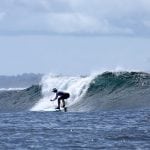 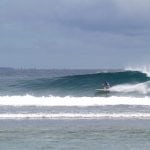 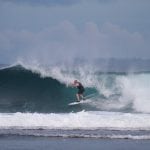 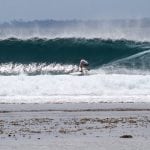 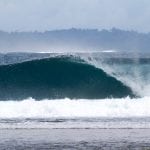 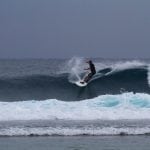